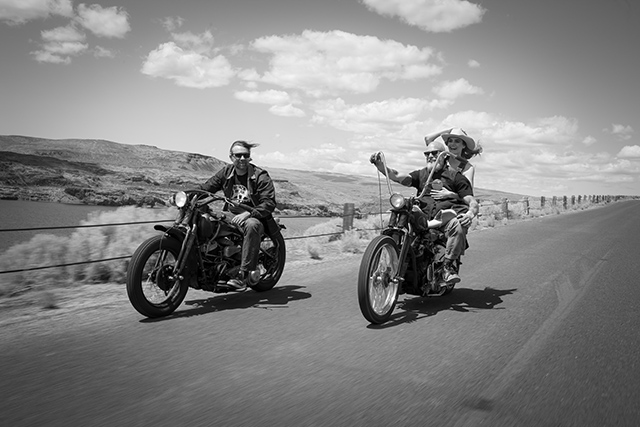 We spoke with Josh Sirlin, creative director, curator and owner of the Black Bear Brand. The brand has had a long history in America and has now been revived after laying dormant for many years. Josh has a passion for motorcycles and the brand he has resurrected. The more we looked into the products Black Bear Brand are making, the more we were impressed. Grab a drink and have a read…

How did you get into motorcycles?

Thinking back I always had an affection for them… but in some odd way I can’t make sense of now; they felt out of reach.  It’s really weird looking back at this and the fact it took me until I was a so called “adult” before I rode one and then was on a fast track to buy my first bike.

First time on a bike: I was in Panama doing a freelance odd-job creative project for a resort Travis Pastrana was starting with his Red Bull team manager Hayes Wheels.  The resort wasn’t open yet, it was quite and I was one of the only ones there along with Hayes and a handful resort employees. One of Travis’s bikes was there; the bike he ended up crossing the pool in Nitro Circus Live The Movie. It wasn’t working…  but over a few days of me nagging one of the employees I convinced him and one of the local kids to try to get it running so I could ride it.  And they did!  This is where and how I got my first taste and the motorcycle bug;  wearing shorts, flip flops, ripping the beach on Travis Pastrana’s bike in Panama. 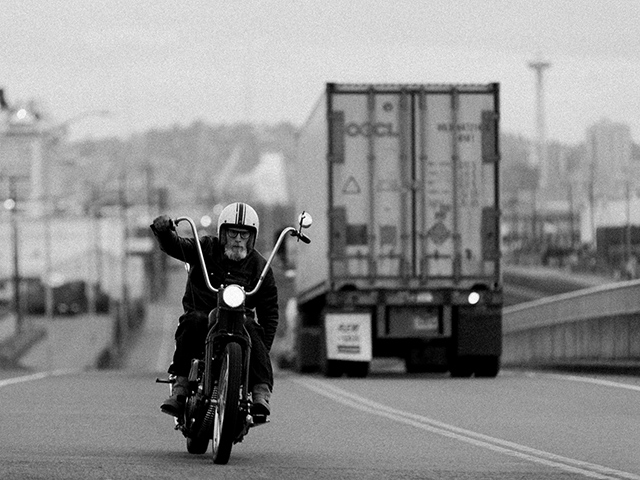 What’s your fondest memory on a motorcycle?

Riding my 1948 Panhead for the 1st time… never rode a Harley, a foot clutch, a jockey shifter (or a bike with no front brake).  I found my bike and despite everyone telling me I was crazy to get this bike when I saw a picture of it I wanted it and went deaf to anyone that said anything in conflict of me getting it.

The bike was in TX (where I found it) and I got it transported to Washington.  The transporter couldn’t get their truck into narrow streets to my house so they off loaded it a mile away, on the side of Main Street.  At that time I had never even kicked over a bike so I had to push it all the way to my house (it was also raining)!

The next day is the most memorable day on a bike for me.

I was by myself.  I had hand written directions from the guy I bought the bike from on how to kick over the bike (still have them)! He wrote on a scratch paper and paper clipped them to the title that I got from the transporter; he called it the starting ritual… and I call it my “hand shake” with the bike.

It was a Sunday; I was all by myself.  It took me about an hour to finally get it kicked over and after I did, with a huge grin on my face, I put on my helmet and just rolled out of my drive way and down the steep hill in front to my house.  Not knowing a damn thing about how the hell I was meant to ride this thing!  (I live on a steep hill in an old neighborhood in Seattle).  That was it.  Struggled and made an ass of myself for the next few hours but didn’t give a shit… I was in love; the rest of the world was irrelevant and nothing else mattered, only present in the moment of what I was doing… my world changed.  I’ve been on a bike at least a few days every week ever since. 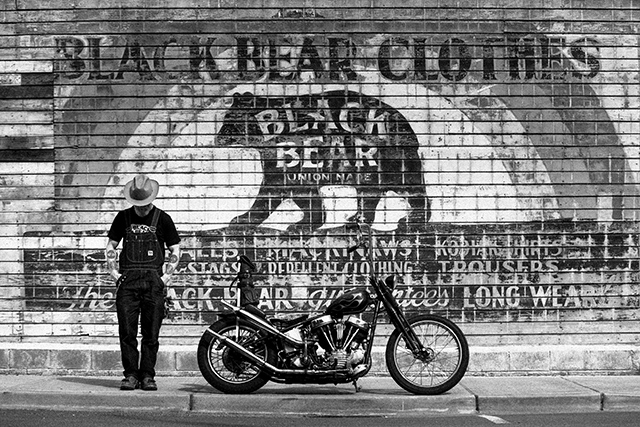 What was the reason for starting the Black Bear Brand?

I was designing anything for anyone being paid or not.   I knew the label and was searching for who owned it and/or a family member that could connect me with someone to pitch my idea for the brand and its resurrection.

After a couple months of turning everything I could upside down I found that the mark and brand was dead… left.   So I start going after the TM and the journey began.

The brand has a long history. Is it really 100 years old? 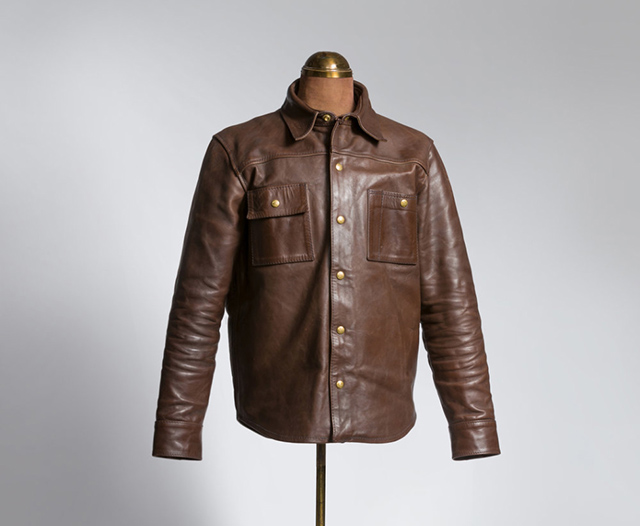 What were you doing before Black Bear?
A wide variety of creative work and projects that range from: product work with: apparel, shoes, truck, boats, sun glasses, hats… etc.

Basically anything creative people would let me touch.

I notice you do lots of collaborations with companies like Wesco. How did that come about?
I love working with folks and getting involved in their processes; learning all the amazing things they’re doing and creating cool shit within their process. Seeing what I can bring into their process/system!  Design and creating something… while learning and contributing is amazing.  I’m very fortunate to be able to mix with and design with amazing folks/brands.  This will be an integral part of the brand forever. 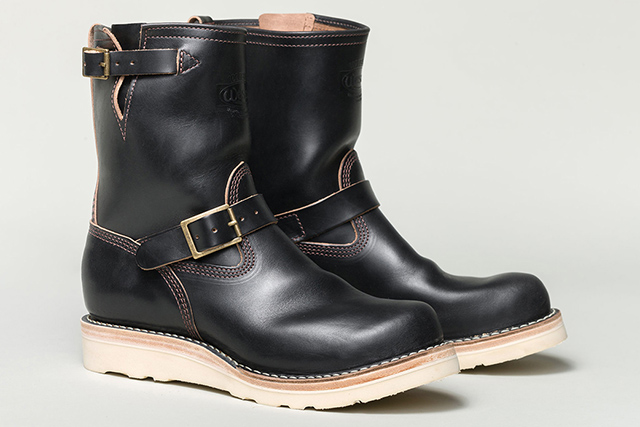 Can you tell us about the Japan Ride you do?
Was invited to ride in Japan 3 times in the last 13 months… Over a year ago I met my now close friend Seiji; he helps out at the bike shop FREE WAY CUSTOM MOTORCYCLES in Oita (He knew the brand’s deep rooted history in American fashion). 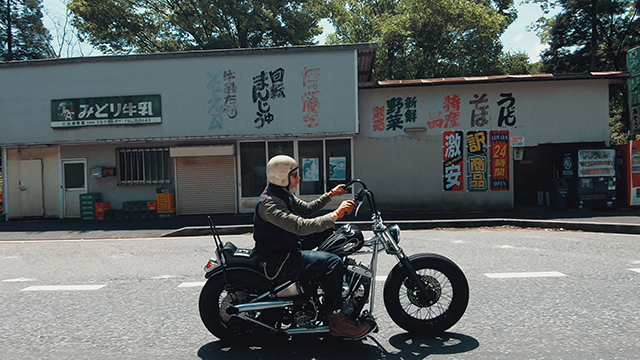 He came across what I was doing with resurrecting Black Bear Brand; he reached out to me and we quickly became friends.
My design approach and process is similar to the Japanese. A connection and desired relationship with everything we invite into our lives. The attention to detail in everything from motorcycles to clothing. An affection for what I was designing/making and my story established connection. (I don’t speak Japanese, never been to Japan before the first trip 13 months ago).

Seiji, his friends, and the owner / builder of Free Way Custom Motorcycles wanted to meet me… they invited me to come to Oita and ride with them.  Fuck, that’s all I needed.  I was in!

Doing shit like flying across the world to a country with nothing but a lot of curiosity and excitement for an adventure… isn’t out of character though.  I say “fuck it”… let’s do it; more often than not.

Riding in Japan is killer; the bikes Free Way makes are killer; my friends in Oita all rip and when I’m there we leave the Free Way shop early in morning rip through the city and to the countryside, into the mountains, to the coast and stop at temples, volcanoes, and WWII monuments.  Its nuts… Japan and my friends there have become like brothers.

We do all this with little conversation (them speaking very little English and me speaking nearly no Japanese); the bikes and interests in what they do and what I do transcends the language barrier. 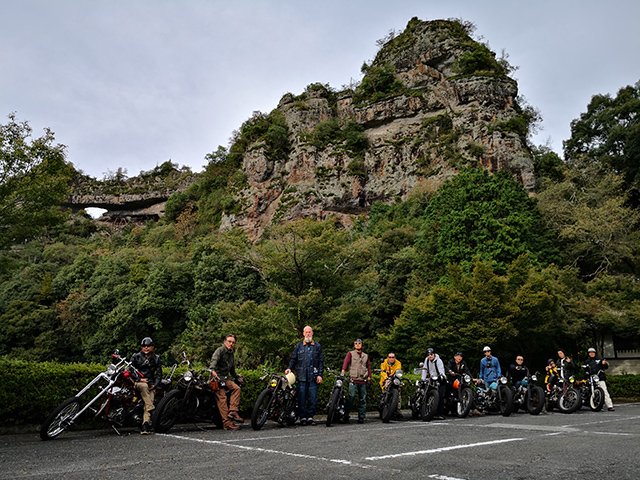 What’s your favourite thing about Japan?
There are a few things!
– the people.
– their interest in the stories behind things.
– their design and manufacturing processes.
– the devotion towards things in a way that feels pure.
– their attention to details.
– a love for Americana… they celebrate special American things 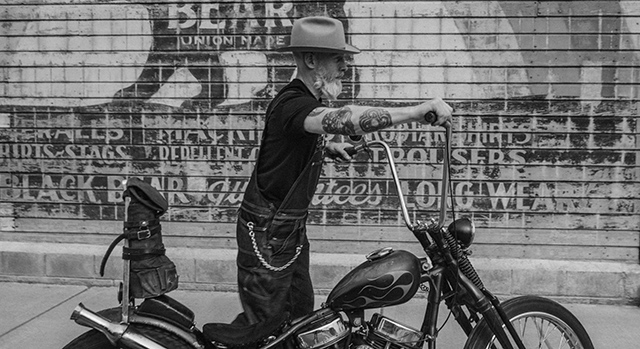 Is that because Black Bear is big in Japan through Wesco?
The history of Black Bear Brand’s and its vintage overalls and jackets are more known and celebrated in Japan than the U.S..  It’s part of the original American Workwear names that are celebrated alongside more commonly know names like: Carhartt, Lee, Oshkosh, JC Penny, Head Light. Vintage “collectors” flip for the very very rare Black Bear Brand denim overalls or coveralls… that are VERY rare.  After I started resurrecting the brand and the story slowing started making its way on the internet and Instagram… the media owner and American vintage collector Mr. Onozato in Tokyo reached out to me for a feature they were doing for an issue called “Dads Style”.  A photographer and writer came to Seattle and spent 2 days with me.  They published an 8 page feature on me… this led to 2 more, and within 6 months I was headed to Japan to explore a project with a silver smith, take up the offer to ride bikes with a group in Oita, Japan and spend a day with Mr. Onozato…. Wesco really had nothin’ to do with our Japan connection; Wesco Japan has exclusive distribution into Japan and our collaboration boots aren’t even available in Japan. 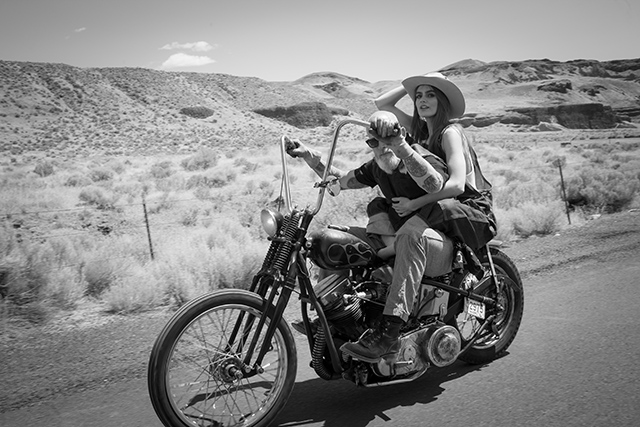 Where’s the best place you have ridden a motorcycles?
Mountains and countryside in Oita Prefecture, Japan! 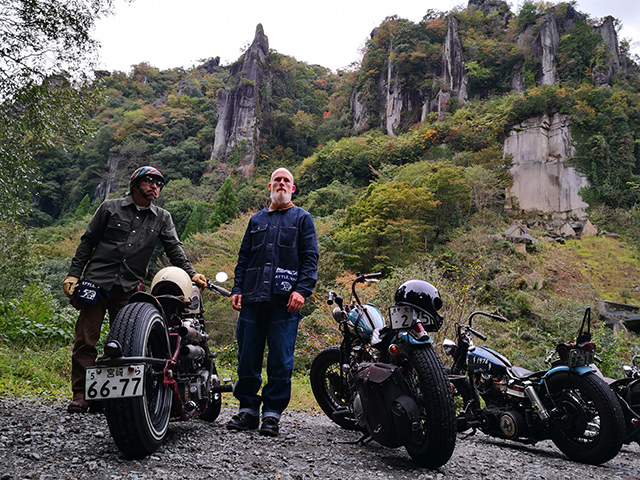 What’s next for Black Bear Brand?
Design, design, design, make cool shit, and grow!  We are at the beginning of resurrecting the brand and there’s a lot to come!  We’re just getting started.  We have a lot of exciting styles in the works and will be releasing new products every month! 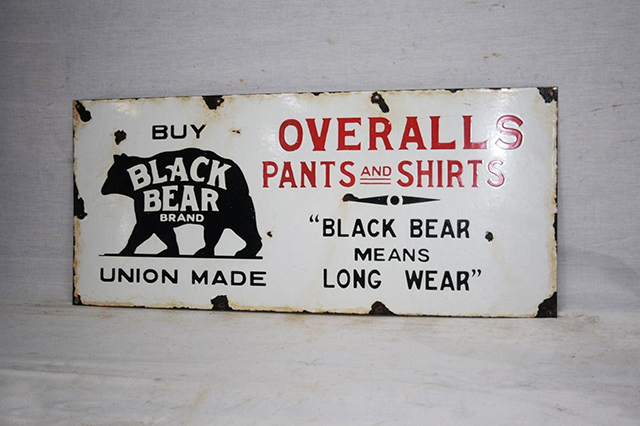 We have to go for a ride together some day. We are going to Himalayas next year if you are keen to join us?