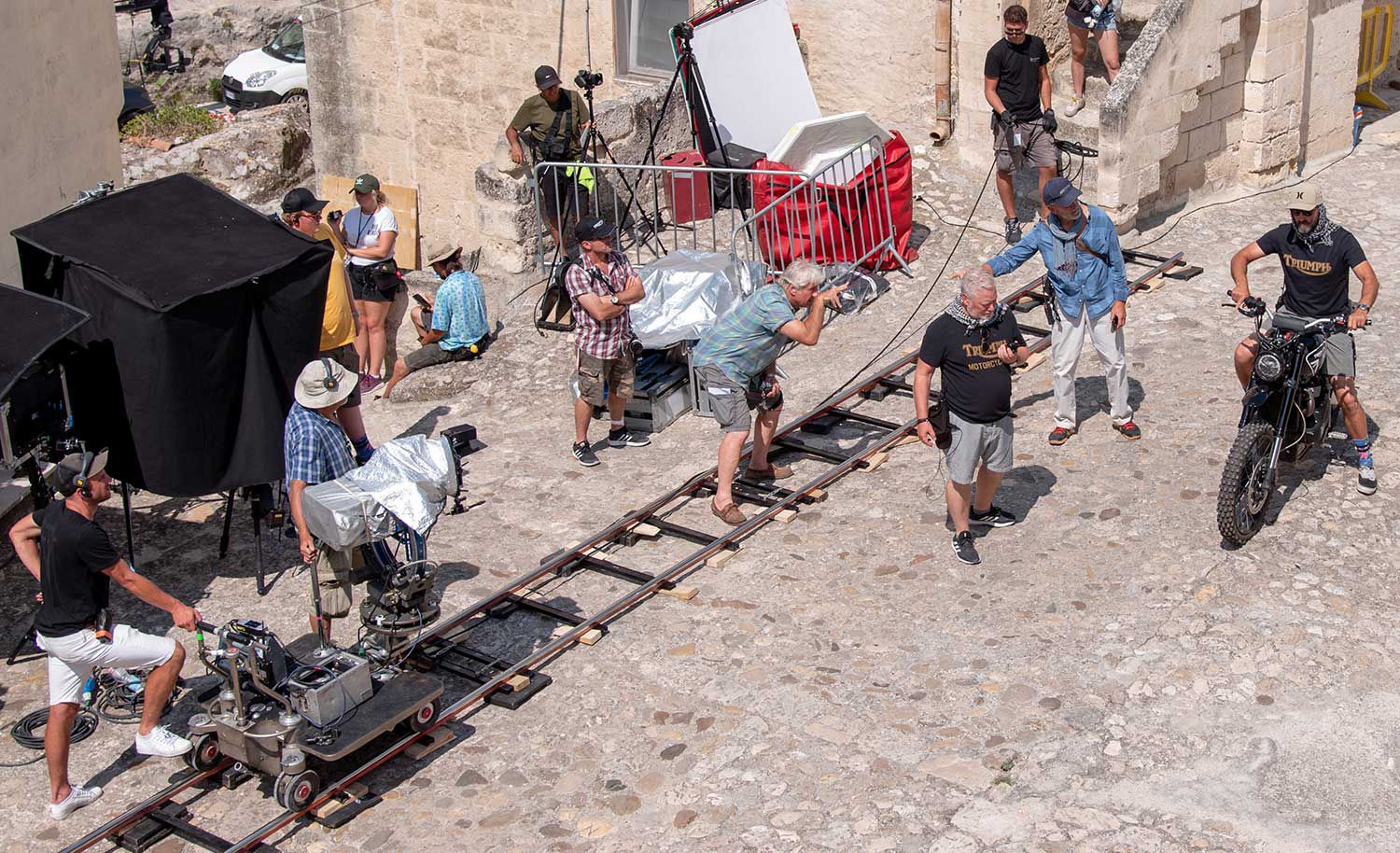 Move over Aston Martin, Triumph has announced a new partnership that features two of its new models in the upcoming film, No Time To Die, the 25th installment in the James Bond series set to be released April 2020.

Triumph specially configured Tiger 900 and Scrambler 1200 models for use by the film’s stunt team in action sequences. Triumph is no stranger to the silver screen, having been used by several top actors in a number of blockbuster films, notably Tom Cruise in Mission: Impossible, Chris Pratt in Jurassic World, and, of course, Steve McQueen in The Great Escape. Had Captain Virgil “The Cooler King” Hilts been on either of the two bikes 007 has access to in No Time To Die, he might just have completed his escape. 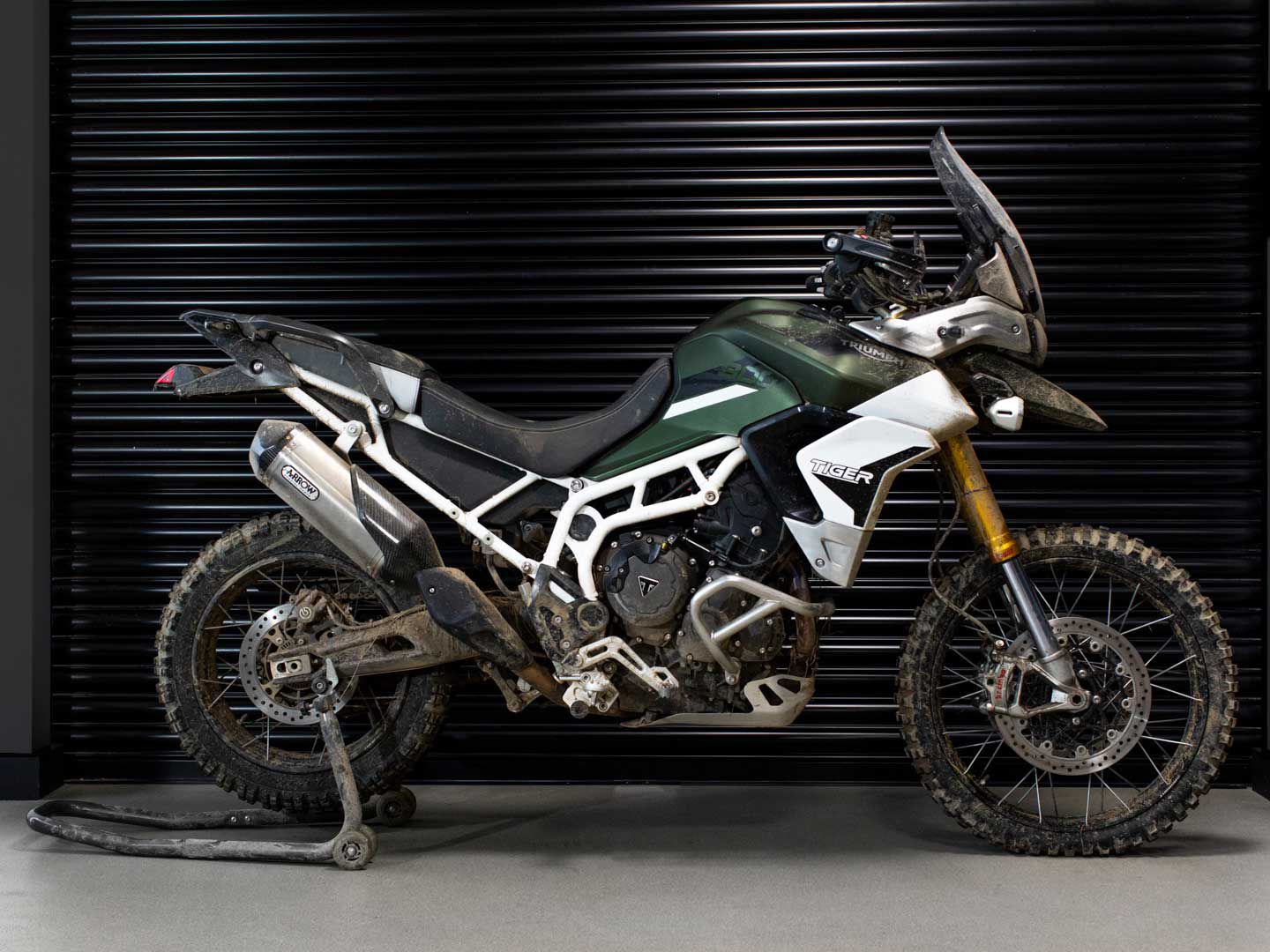 Triumph’s all-new Tiger 900 has more tech, power, and off-road prowess than the previous generation. The one in the film appears to be the highest-spec Rally Pro and is equipped with an Arrow muffler. (Photos courtesy Triumph Motorcycles/)

Don’t expect the typical gratuitous product placement beauty shots for these Triumphs. According to _No Time To Die_’s stunt coordinator Lee Morrison, the crew put their preproduction Tiger 900s into full ADV mode in three locations. “I have to say that we have literally thrown everything at them,” he says. “Big craggy sharp rocks, deep boggy mud, high speeds, big jumps, and huge climbs and descents across a variety of conditions. The Tigers really have stood up to the task incredibly well, with no mechanical issues, and to me this really proves their go-anywhere credentials.” 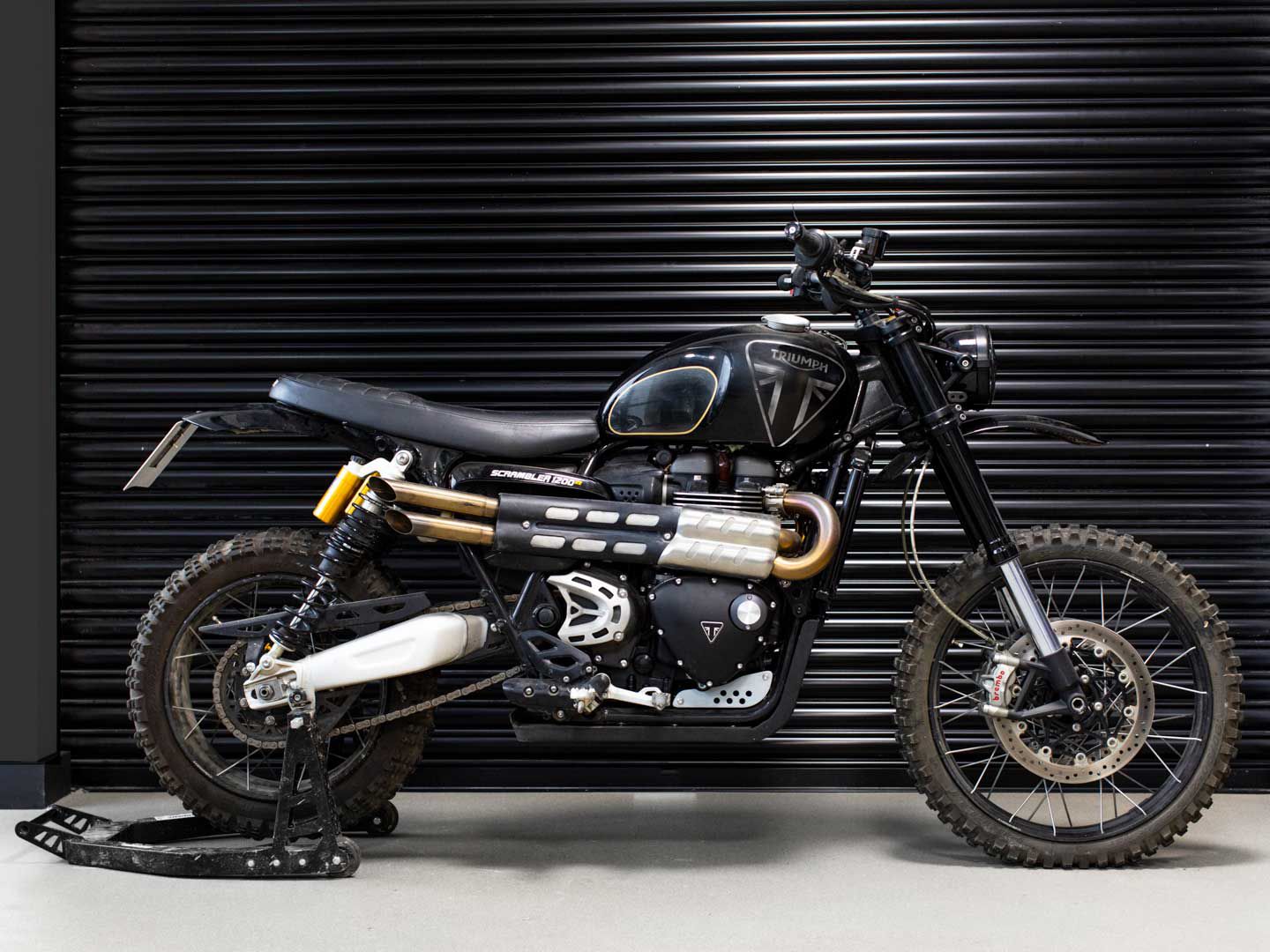 Now this looks like something Steve McQueen would ride! The Scrambler 1200 has already proved itself in stock trim at the NORRA Mexican 1000, so it should suit James Bond just fine. (Photos courtesy Triumph Motorcycles/)

Triumph unveiled its new 2020 Tiger 900 adventure motorcycle in early December with more power, more off-road capability, and more high-tech gadgets that are sure to impress even the gadget-master James Bond himself. Astute fans of Her Majesty’s top secret agent might be quick to note that this will not be Bond’s first appearance with a Triumph. Sean Connery drove a yellow 1970 Triumph Stag in Diamonds Are Forever, the seventh film based on Ian Fleming’s MI6 agent. 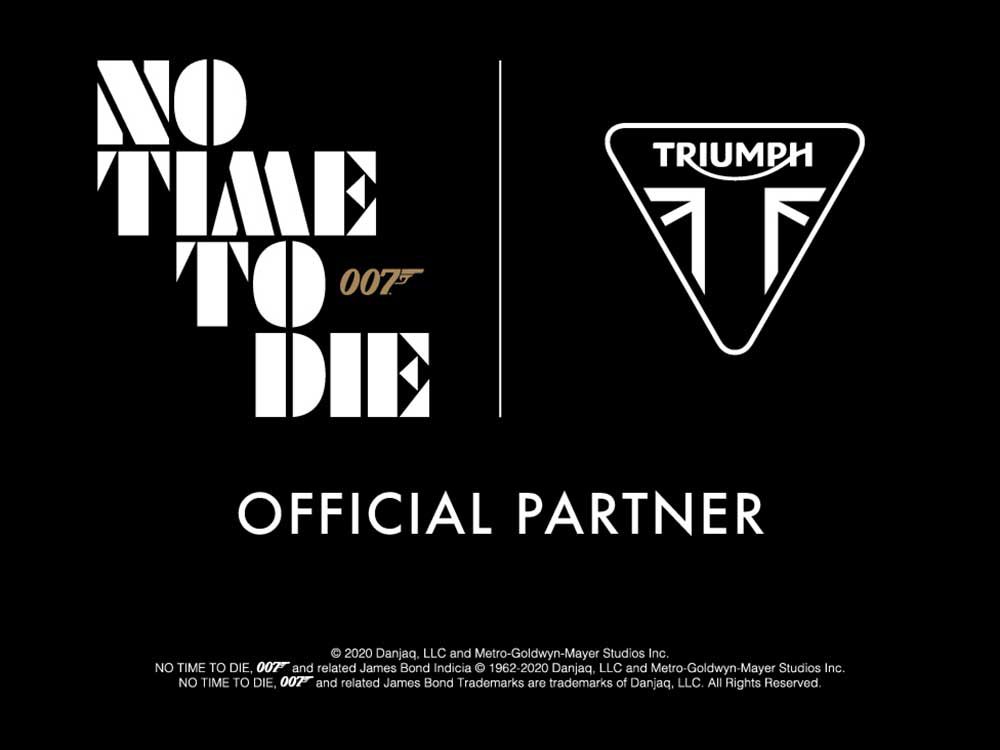 <em>No Time To Die</em> comes out in the US April 10, 2020, and everywhere else a week earlier on April 2. Now’s the time to buy a Triumph because once the movie comes out, they might not be available! (Photos courtesy Triumph Motorcycles/)

No Time To Die is set for an April 10, 2020, release date in the United States while the rest of the world can go see it as early as April 2.