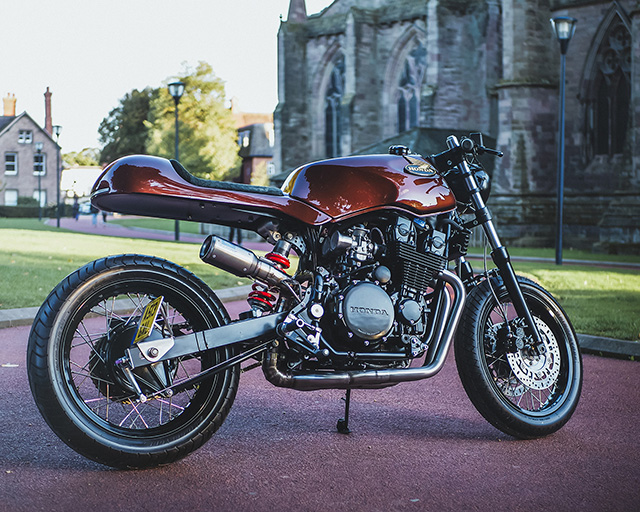 You see them advertised all the time, usually on eBay, a project that is 95% complete according to the seller and just needs a couple of things to finish. Often they’ll even go so far as to claim just how much it’ll be worth upon completion and highlight the bargain you’ll be getting. But rarely is it true, 95% complete without any mention of all the real problems that prevented them from finishing the build in the first place. So when a bike with a similar tale arrived at the UK’s Spitfire Speed Shop, they decided to do it all properly this time around to create a stunning Honda CBX750 called Talos. 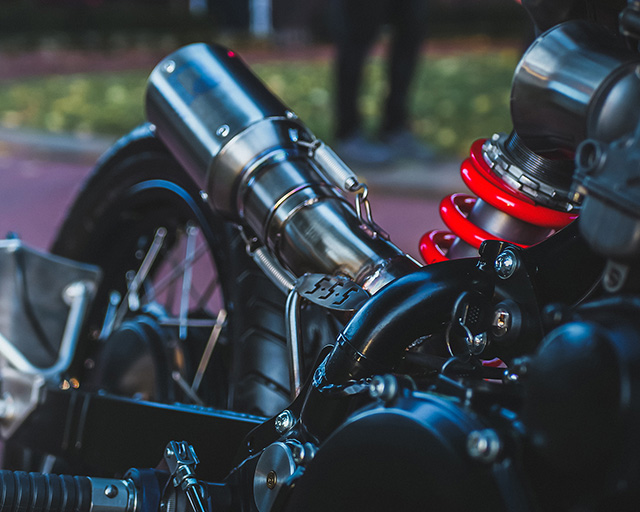 More than just a motorcycle shop, Spitfire does their own custom line of bikes as well as those individual projects for customers. While also stocking a full range of wicked merchandise, skate decks and even their own brand of coffee beans! So you truly get the full experience of the cafe racer lifestyle, but all of that is not much fun if you’re bike doesn’t run. And as the team tells us, “This bike came to us in a sorry state bought by our customer off eBay with the intent to do the build himself.” 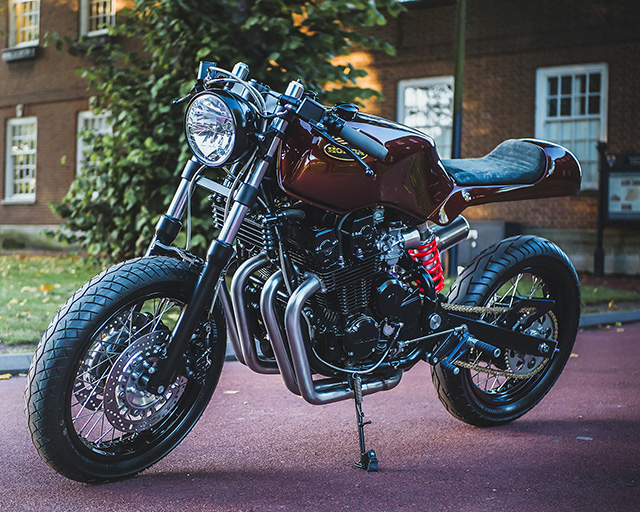 It had a custom seat, a huge set of twin pipes and some race tape around the dials but it was one of those builds that was definitely good from far, but far from good. And that was just the visuals, it was the mechanical side of things that was the real disaster. So the only way to get a great looking bike that ran like a dream was to start from scratch and have the SSS guys take on the bike and complete the build from start to finish. 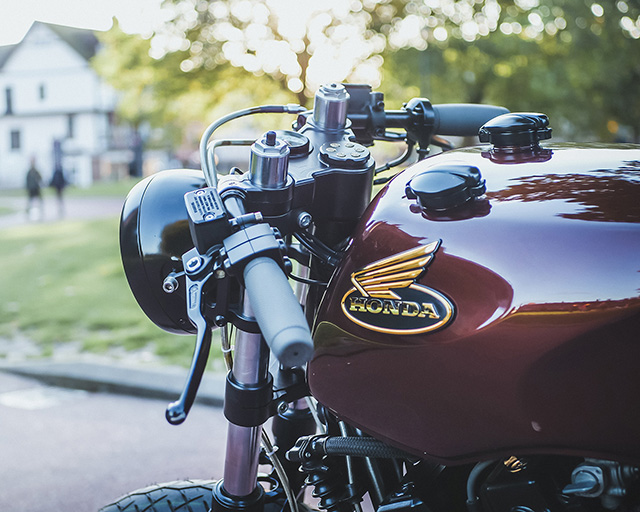 Stripping the bike down to the last bolt allowed the boys to see exactly what they were dealing with and the first port of call was to get the engine running sweetly. This meant a full engine rebuild, not as easy as it might sound with parts availability nothing like as plentiful as the earlier model CB750s that are still so popular to this day. But with all the gaskets, seals and a host of components thrown at it the ‘advanced for its time’ donk is spitting out the best part of 100hp. 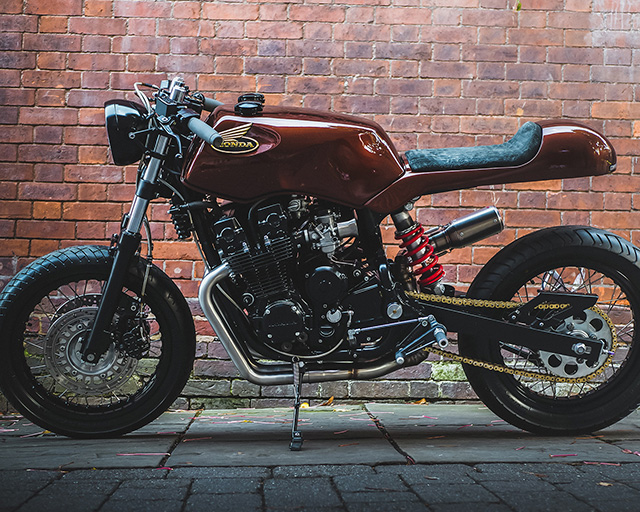 This is helped out by allowing the engine to breathe more freely with a set of stunning velocity stacks for the carbs and a full exhaust system that exits via a barking GP style muffler. The whole thing looks brand new with the cases repainted black, a full set of new bolts and every last fuel line, oil feed and wire re-routed to perfection. To finish it all off the ignition is relocated and the loom simplified to allow the disposal of those ugly big dials. 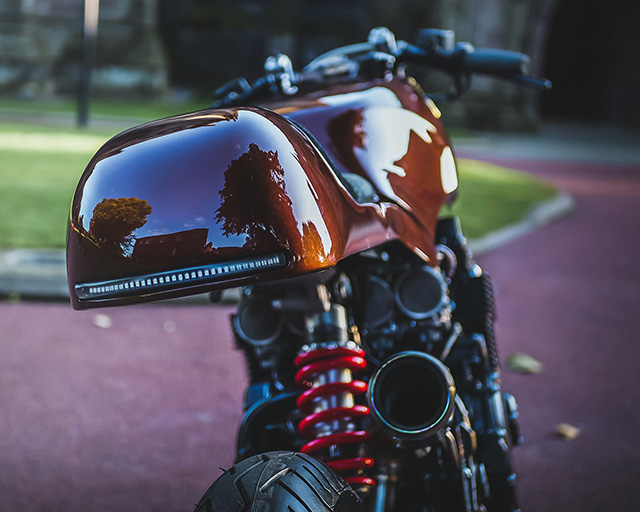 Before the new motor was bolted back in, the frame was de-tabbed and tidied up before a new coat of black was laid down. At the rear, an all-new single shock set up does away with the old school pro-link in favour of a design of SSS’s own creation. The space this left allowed the exhaust to be run tight to the centre post of the frame and the swingarm and hubs have been given the all black treatment. Ditching the horrible Comstars goes a long way to improving looks with new spoked wheels wrapped up in Bridgestone rubber. 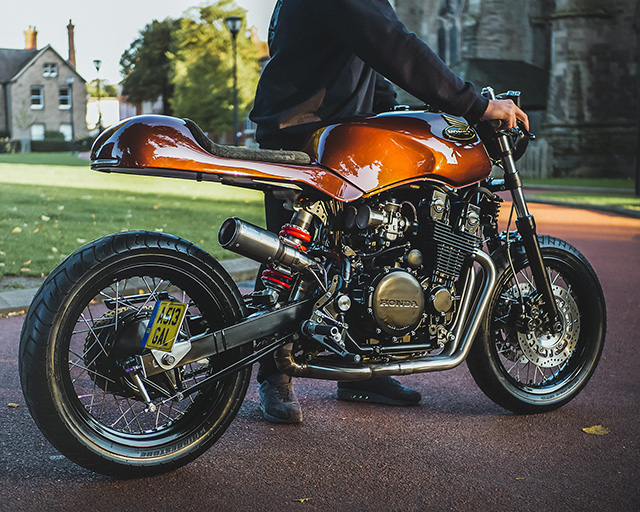 But it’s the beautiful bodywork and that stunning colour that gives the bike its name straight from Greek mythology. Talos the guardian warrior of Crete gets his full representation with the muscular tank now wearing twin filler caps that are perfectly welded in. Sitting on the custom subframe the rear tail section blends its lines flawlessly at the join with the tank like few others before it and it’s topped off with a form-fitting seat. But it’s that Talos inspired bronze paint that makes the whole thing pop and perfect bodywork preparation leads to an incredible result. 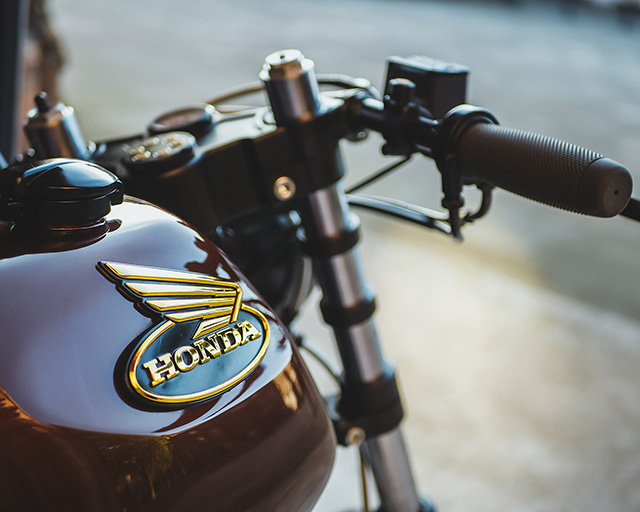 With the Honda not being a lightweight machine from the factory, the decision was made to strip off any of the unnecessary additions. “We made some triple clamps and the Moto Gadget digital dash was dropped into the top.” The rest of the controls are just as good with the clip-ons wearing only the very best minimalist products, while a custom set of rearsets look trick and allow the bulky stock pieces to be thrown aside. But the CBX750 is still a major presence on the road, there is no escaping the sheer size of the big Honda, only now he wears the beautiful bronze armour of a warrior and has all the punch to back it up! 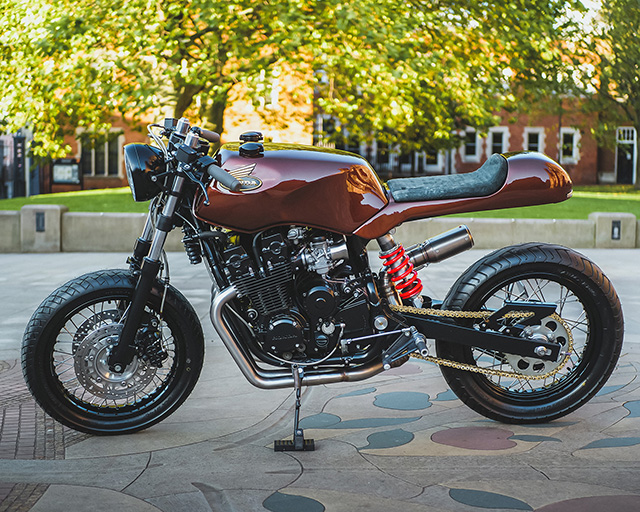 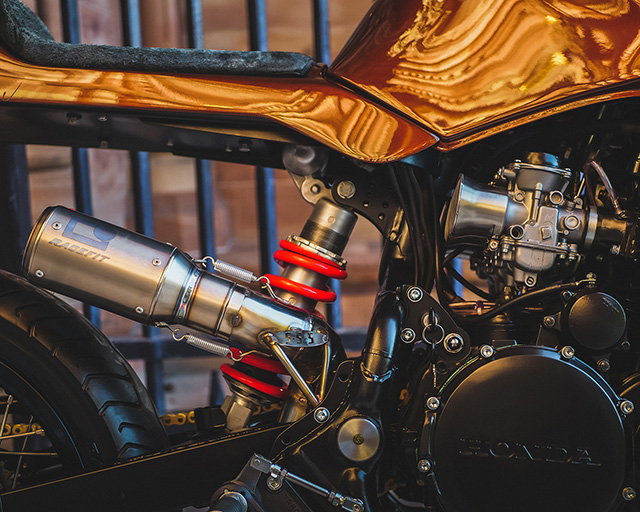 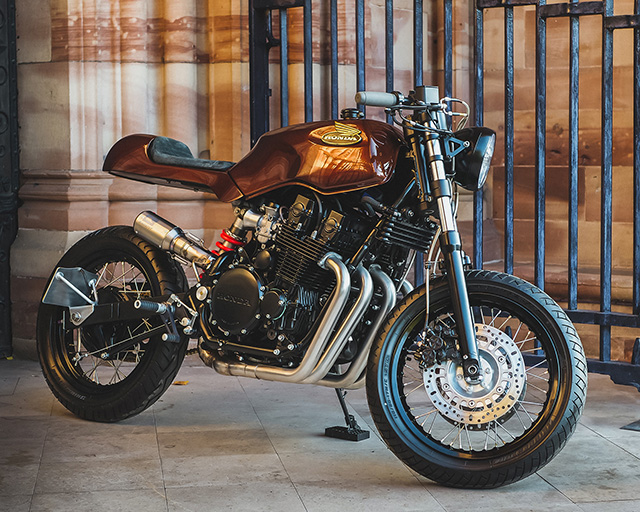 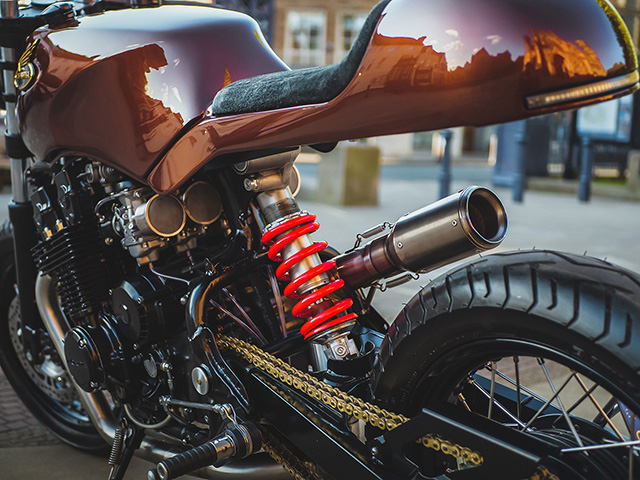 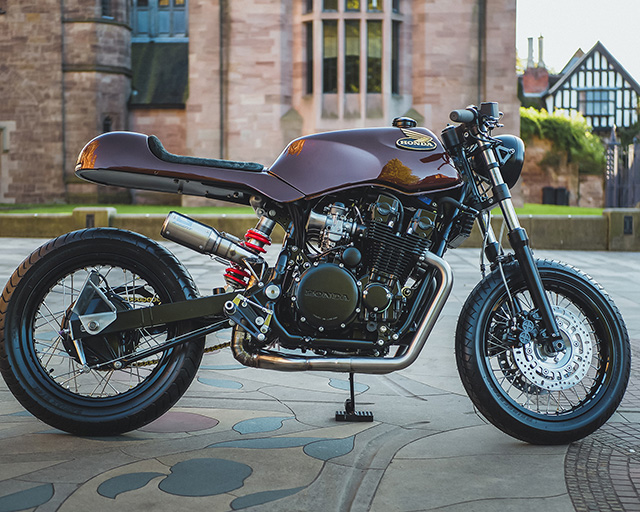 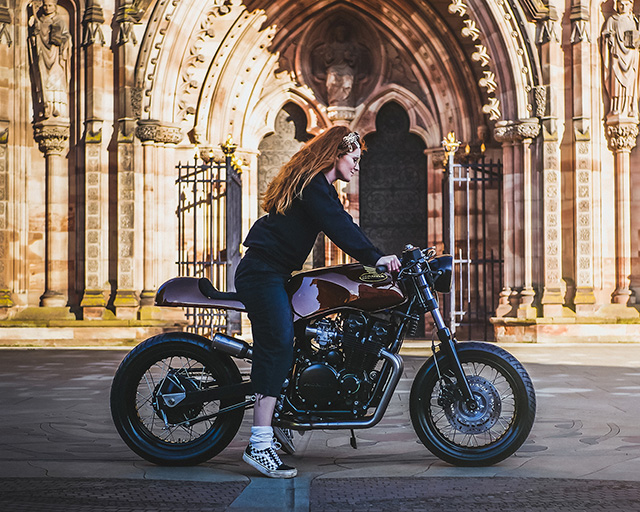